A Project for Better Journalism chapter
The Skywriter
Sports 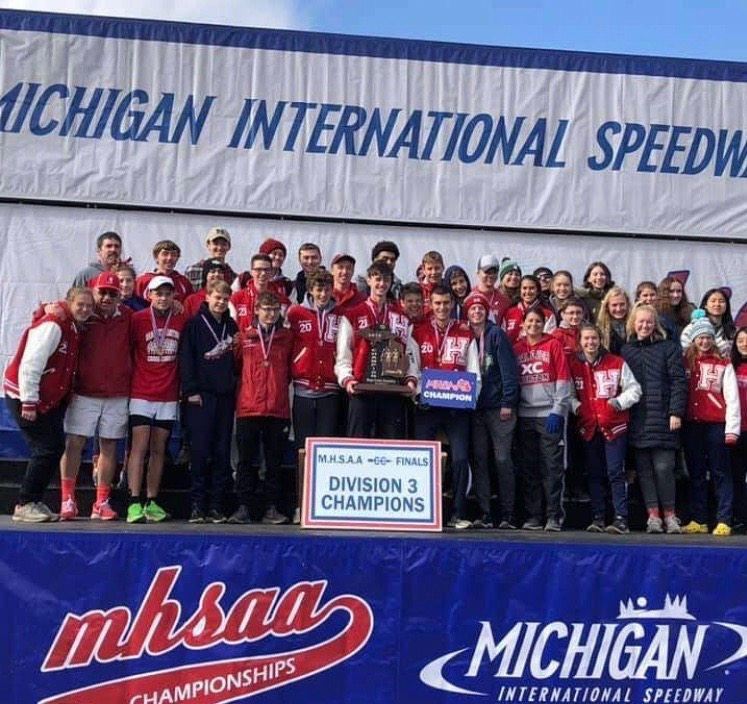 The noise in the background departs from his ears as he approaches the herd of the others. The audience uproars as the bullet withdraw from the barrel of the gun. It’s only the beginning for the lengthy teenager, Richard Haislip.

At the age of 15, and having to run on both of the Junior Varsity and Varsity Cross Country Team throughout his sophomore year, wasn’t the only challenge he had faced.

“It was a really fun experience and it changed my way of competition. When I was on J.V. we had competition but not as much as I did on varsity,” Haislip said. “I mostly ran in J.V. meets but the few times that I got to run on varsity, it was really competitive and that’s why I run cross country.”

But with all the excitement, the nerves tagged along with the experience.

“Every day I thought about my race and I always got the butterfly’s thinking about it. Then on the bus ride over I would start thinking about my goal and how I wanted to achieve it,” Haislip said. “On my warm-up I started getting the butterfly’s really bad again, and they returned when walking up to the line along with the shaking of my hands. As soon as they would shoot the gun, they would all flee. But when running on the varsity level, I had the same feeling but amped up 10 times more.”

At the age of 12, Haislip began running at Hanover-Horton High School.

“I’ve been running with Richard since the beginning when he started in seventh grade, but I’ve known him since sixth.” Andy Swihart said.

Ever since then, he has attended Warren State Dunes every year since high school in the summer for a week to work on team bonding and bettering himself as a runner.

“He works to improve. His improvement has been more noticeable recently because he is stronger and healthy,” Mr. Dean Blackledge, the coach said. “ He had a series of nagging injuries that hampered his progress-but, not his enthusiasm. He always had that! His teammates appreciate his enthusiasm.”

With all the hard work and dedication not only did Haislip put in but also the team, it had paid off in the end by being class three’s state champion in the boy’s division.

“After all the hard work I put in over the summer and then looking back to that state meet, it brought me down that I didn’t get to run in a meet that meant so much,” Haislip said. “ Then I just got thinking about how good our J.V. is too and also had started to notice all the people complimenting both teams. After that, it had made me feel like I contributed just like everyone else that ran that season did and though we are separated by top seven, and we run two different meets we are still one big team that will always run like a buffalo.”