A Project for Better Journalism chapter
The Skywriter
Clubs, News 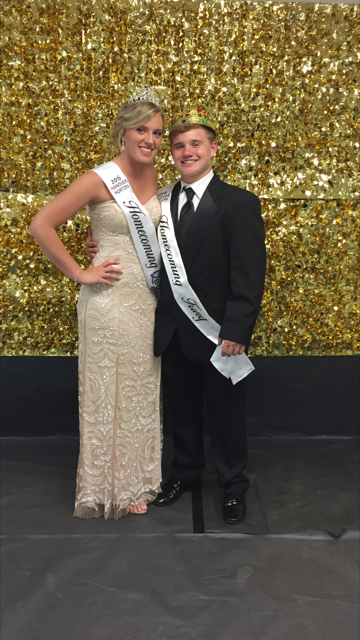 As the school year begins, the students at Hanover- Horton look forward  to fall.  High school students love attending  football games and the most popular game of the year, is homecoming.

October 14,  a perfect  fall day to end  this week long event.  The week that brings the classes together and some  added fun during the school year.

This year the dress up days were: camo-day, team day, video game day,  p.j. day and red & white day,  The student council decided all these days.

The Comets compete in games on Friday during 6th and 7th hours.  This is a very competitive thing, the four classes compete for spirit points.  At the end of the week all the points are tallied up to see who won spirit week.

For this year’s games, there will be Tug-O-War, life saver game, and much more.

On Wednesday of homecoming the girls were suppose to play power-puff football.  But it was delayed due to thunder  storms.   It was rescheduled for Monday night. It might not be tackle or nearly as physical, but it always an enjoyable game to watch.

“My intentions for this year are to be more physical and push the juniors around like rag dolls just like how the seniors did to me last year” Allie Rasmussen, senior said.  “I want to go out with a bang my senior year so, I want to crush them by at least 20 points.”

The Floats were wonderful this year. Sophomores won first, Juniors second place followed by the Freshman and Seniors.

During half time Scott Boden was crowned King and Mindi Walker Queen. After the game may students attended the dance and had a wonderful time. A week of many memories.